Gender-based Violence Must End In Myanmar 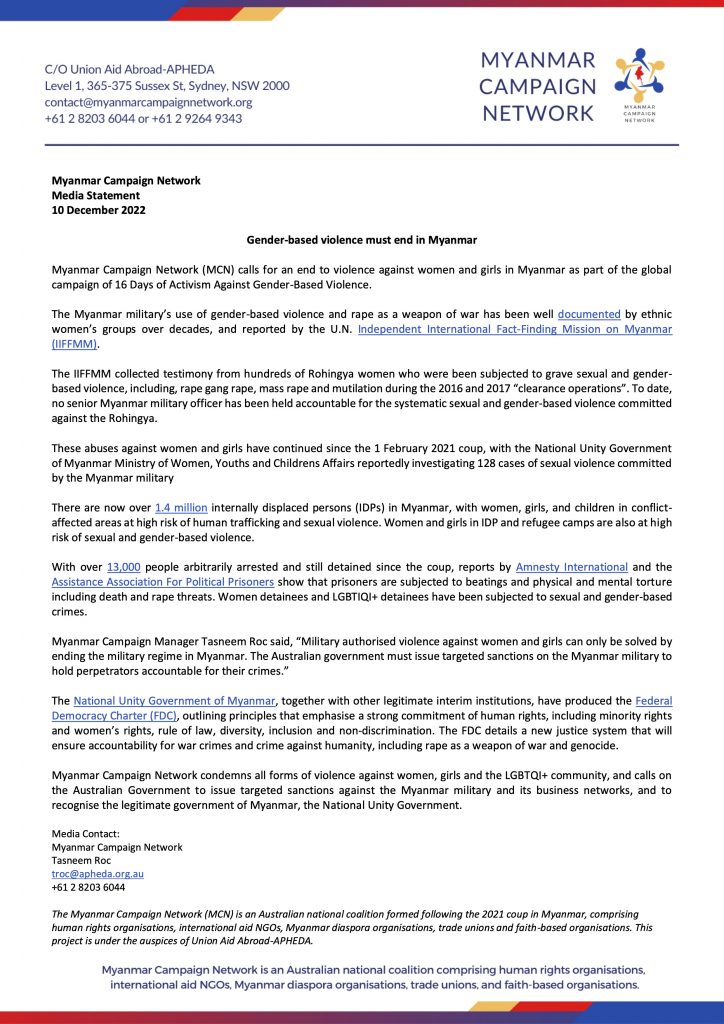 Myanmar Campaign Network (MCN) calls for an end to violence against women and girls in Myanmar as part of the global campaign of 16 Days of Activism Against Gender-Based Violence. The Myanmar military’s use of gender-based violence and rape as a weapon of war has been well documented by ethnic women’s groups over decades, and […] 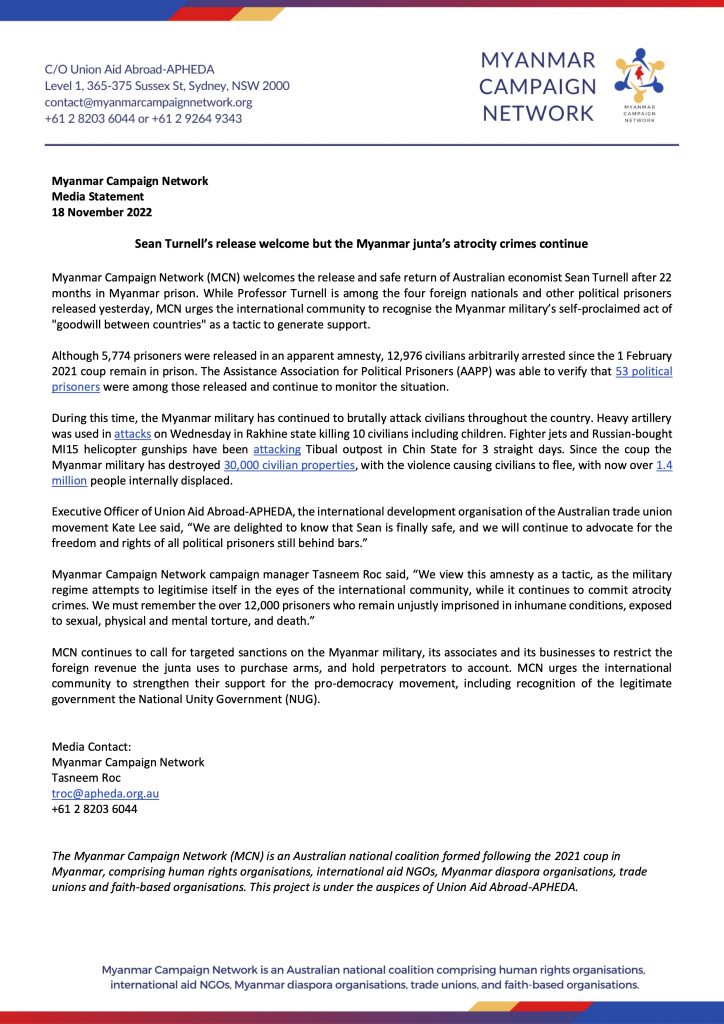 Myanmar Campaign Network (MCN) welcomes the release and safe return of Australian economist Sean Turnell after 22 months in Myanmar prison. While Professor Turnell is among the four foreign nationals and other political prisoners released yesterday, MCN urges the international community to recognise the Myanmar military’s self-proclaimed act of “goodwill between countries” as a tactic […]

In light of the continuing systematic targeted airstrikes on civilians by jets and helicopter gunships, and Amnesty International’s damning exposé  Deadly Cargo: Exposing the Supply Chain that Fuels War Crimes in Myanmar, MCN calls on the Australian Government and international community to issue sanctions on aviation fuel, and targeted sanctions on the junta and its […] 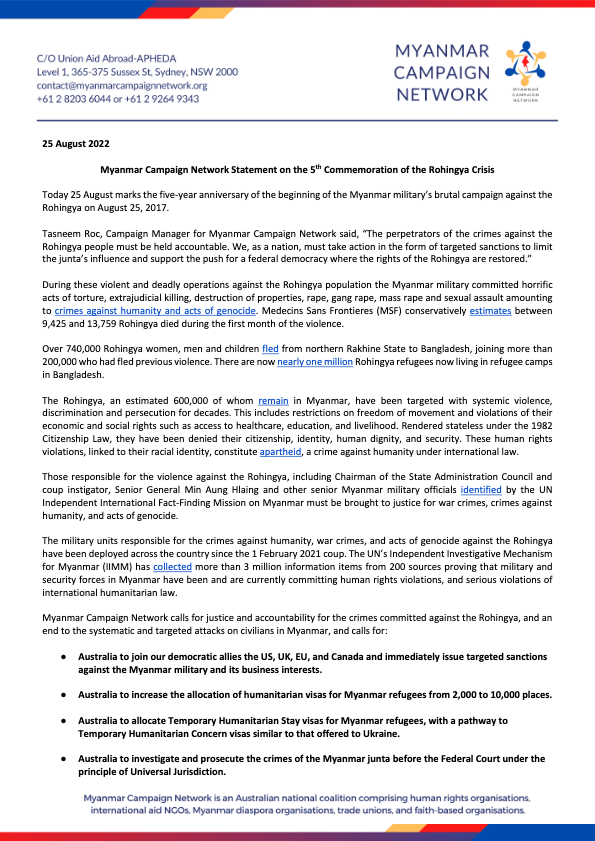 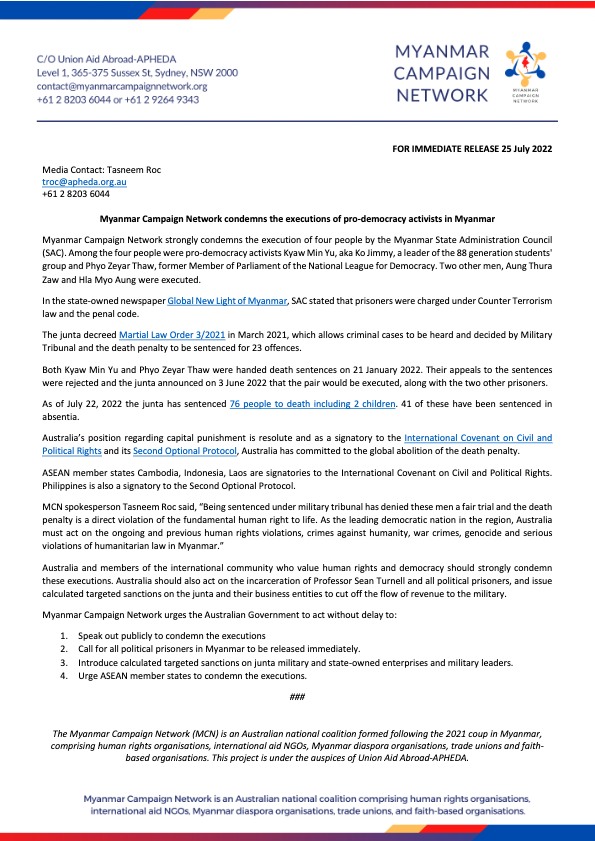 Myanmar Campaign Network strongly condemns the execution of four people by the Myanmar State Administration Council (SAC). Among the four people were pro-democracy activists Kyaw Min Yu, aka Ko Jimmy, a leader of the 88 generation students’ group and Phyo Zeyar Thaw, former Member of Parliament of the National League for Democracy. Two other men, […]