PRESS RELEASE 1 February 2023 On the anniversary of the Myanmar military’s brutal coup on 1 February 2021 and two years of violence inflicted on the people of Myanmar, Myanmar Campaign Network welcomes the announcement by the Australian government to introduce sanctions against 16 senior military and political leaders, and against two military owned entities. […] 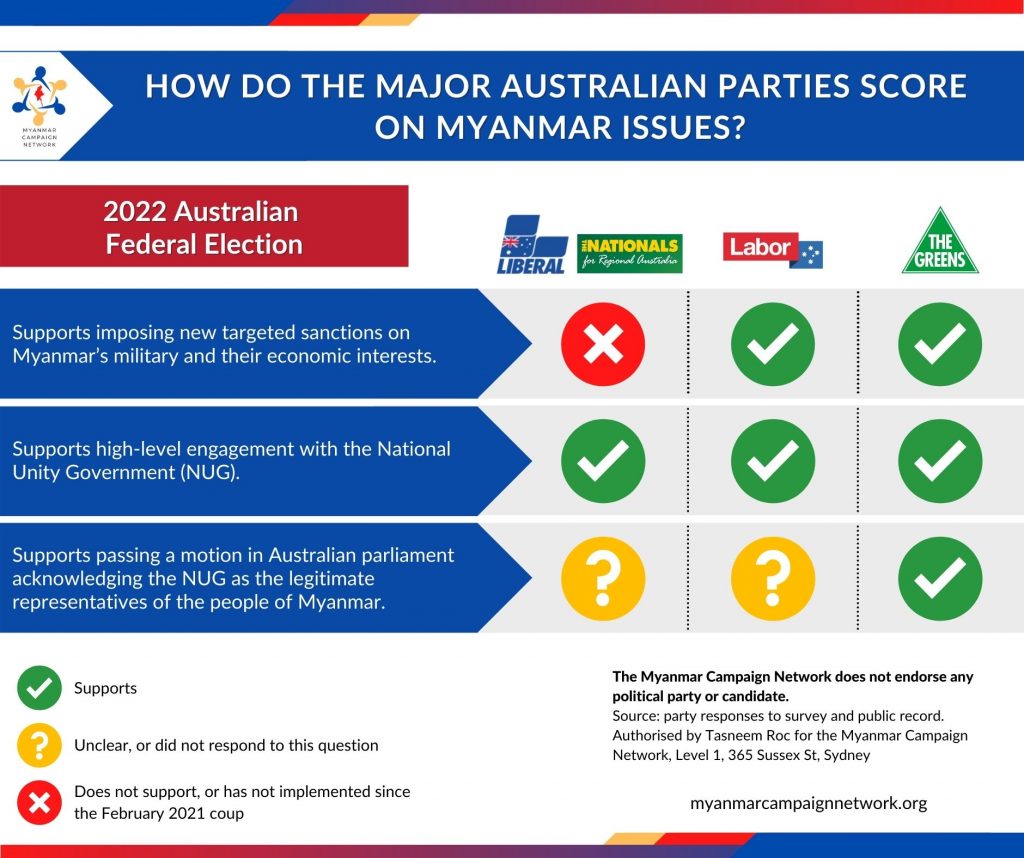 How do the major Australian political parties score on key Myanmar issues? In the lead-up to the 2022 Australian federal election, the Myanmar Campaign Network (MCN) wrote to all MPs and Senators asking them where they stand on three key Myanmar issues. We received replies from individual MPs and senators, and the three major political parties. […] 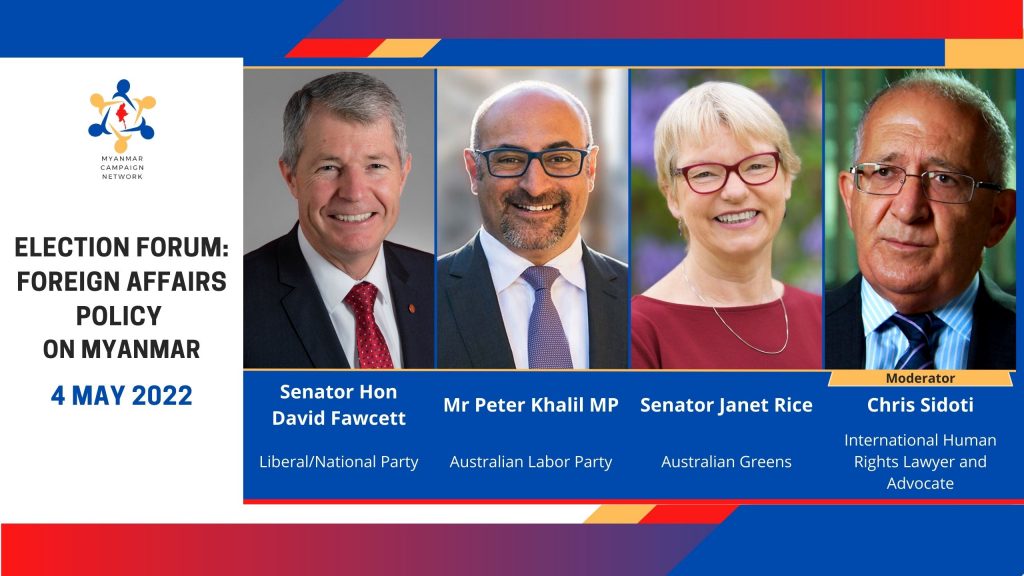 In the lead-up to the Federal election, Myanmar Campaign Network held a forum on 4 May to examine the Foreign Affairs priorities of the three major Australian political parties regarding Myanmar. Moderated by international human rights lawyer and advocate Chris Sidoti, the forum explored key priorities on Myanmar issues. This deep dive looked at targeted […]